Each term we focus our learning around a different topic for each year group, you can find out more below and from the newsletter that your class teacher sends out at the beginning of each half term 6 times a year.

Our first topic is ‘What are the adventures of Charlie and the Chocolate factory?’ Year 6 will open their topic books to find a message from man himself… Mr Willy Wonka, who will ask them to complete a number of missions. Each successful mission will result in their very own golden ticket! Year 6 will find out: how chocolate is made and what this has to do with fair Trade and who the first people were to make chocolate and where they were from including geographical features. This again will link very nicely to our English unit based on the book and film of Charlie and Chocolate Factory.

Year 6’s second topic is ‘Staying Alive’ This topic considers life processes that are internal to the body, such as the circulatory system, parts of the digestive system and how they transport fluids around the body. The impact of lifestyle on bodies, particularly of humans, is also considered. Scientists are continually finding out what is good and bad for us, and their ideas do change as more research is carried out. This ran nicely alongside our English unit based on the book ‘Heart in a Bottle’ by Oliver Jeffers.

Poles apart- What are the differences and similarities between the Arctic and the Antarctic? This topic takes year 6 on a journey to the Polar Regions where they will look at the difference between the weather in the Arctic and the Antarctica; look to see who lives there and what the climate is like. Our English will be based on a short film called '23 degrees and 5 minutes' which is based on an expedition to the Arctic.

In science we intend to look at how living things produce offspring that are similar in appearance, but identical to themselves, whether they are plants or animals. They will also consider how animals change over time as they adapt to their surroundings and how this leads to longer term changes. Evidence of changes over long periods of time, will be built on the year 3 topic of rocks, looking at fossils. 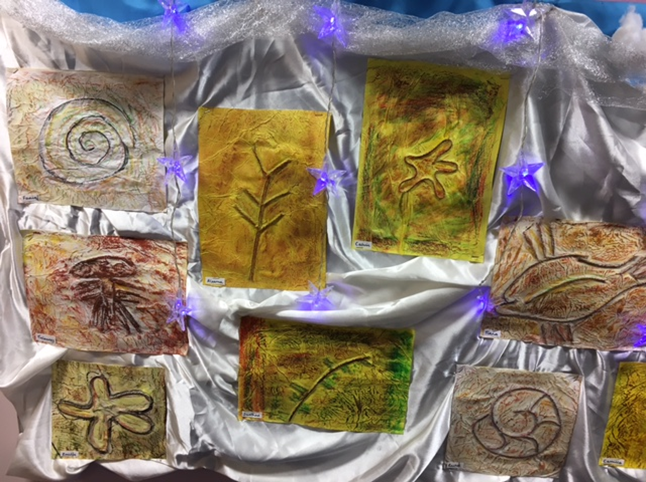