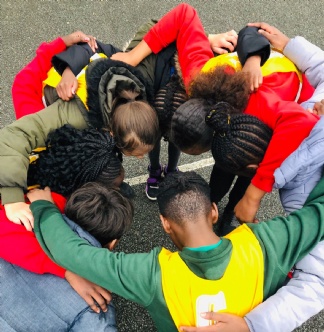 We braved the wind and the rain and spent the day at Riccards Lodge High School, representing All Saints’ at the Years 5 & 6 Netball Tournament. Everyone participated with such enthusiasm and they put their netball skills on show! We won a few of our games and even went into shoot outs for our final game (which we won!) A fantastic day overall with the children behaving incredibly well. A very special mention to Jedaiah in Year 5 who received the individual Refspect award on the day. This award is given to one child who has demonstrated superb sportsmanship throughout the day and is nominated by children and teachers from other schools! Great job overall Jedaiah and teammates!!